Despite the plaudits President Akufo Addo has received from both national and international communities for giving the late J.J Rawlings a befitting state burial, the National Democratic Congress(NDC), and some kinsmen from the Volta region are very unhappy about the manner at which the four days burial service of the former President was handed.

The former NDC member of Parliament for Adenta Constituency, Hon. Kojo Adu Asare , has questioned why Akans traditional drums like Fontomfrom and Kete dance were been employed at the funeral ceremony instead of the Ewe’s Agbadza  and Borborbor dance ?

According to him, the ceremony was not genuinely done because of the neglect of members of the NDC and the people from the Anglo community, where J.J Rawlings hailed from, by President Akufo Addo.

While most people are commending that, the burial Ceremony was one of the best given to the fallen hero, Adu Asare countered that, it was the greatest embarrassment ever, arguing that the whole ceremony was infiltrated with Akan culture and dance, without giving any respect to the culture of the birth place of the late legend , J.J Rawlings.

“I didn’t hear Agbadza or Borborobor. Here we are, we have given this man the greatest embarrassment. What was ‘ewe’ in the funeral of Rawlings since 4 days ? “

Speaking on Asempa FM today, Kojo Asare refused to put the blame on the doorstep of the Central Planning Committee, instead, faulted the President for turning an ‘Ewe’ funeral into NPP and Akan ceremony, questioning if it was the  Asantehene or the Okyehene, will they have Agbadza or Borborbor to be played ?

“If it was the Asantehene or the Okyihene, will they allow Agbadza or Borborbor  to be played?”

The late former president Jerry John Rawlings was given a four day State burial service, which he was finally taken to be buried at the Military Cemetery at 37 today .

The burial ceremony was, however, greeted with some discontentment from the camp of the deceased’s Political party, and disappointment soaked with anger from the Kinsmen who have projected that they were highly disrespected by the President of the land for not properly consulting them in respect of the burial ceremony.

But in the end, the hero is finally interred.

Below are some unseen pictures from the Funeral of Ghana’s late former President Jerry John Rawlings which shows off the rich culture of the country displayed .

From traditional cultural performers to the display of rich traditional costumes, former president Rawlings’s funeral has seen an array of rich Ghanaian culture on display. 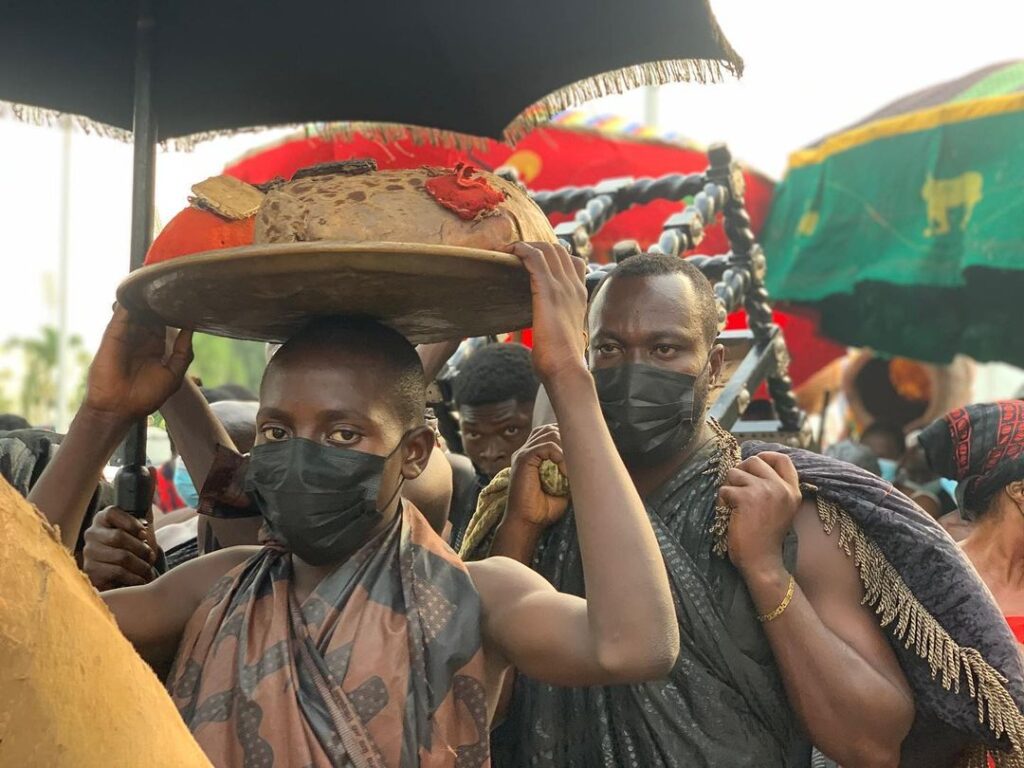 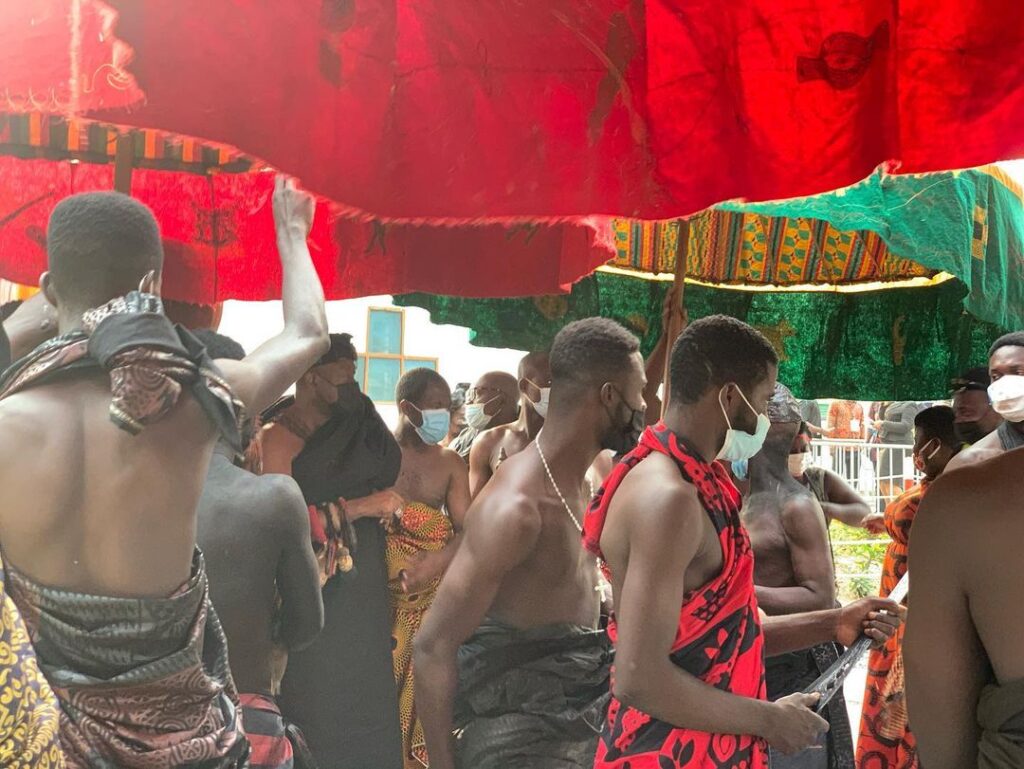 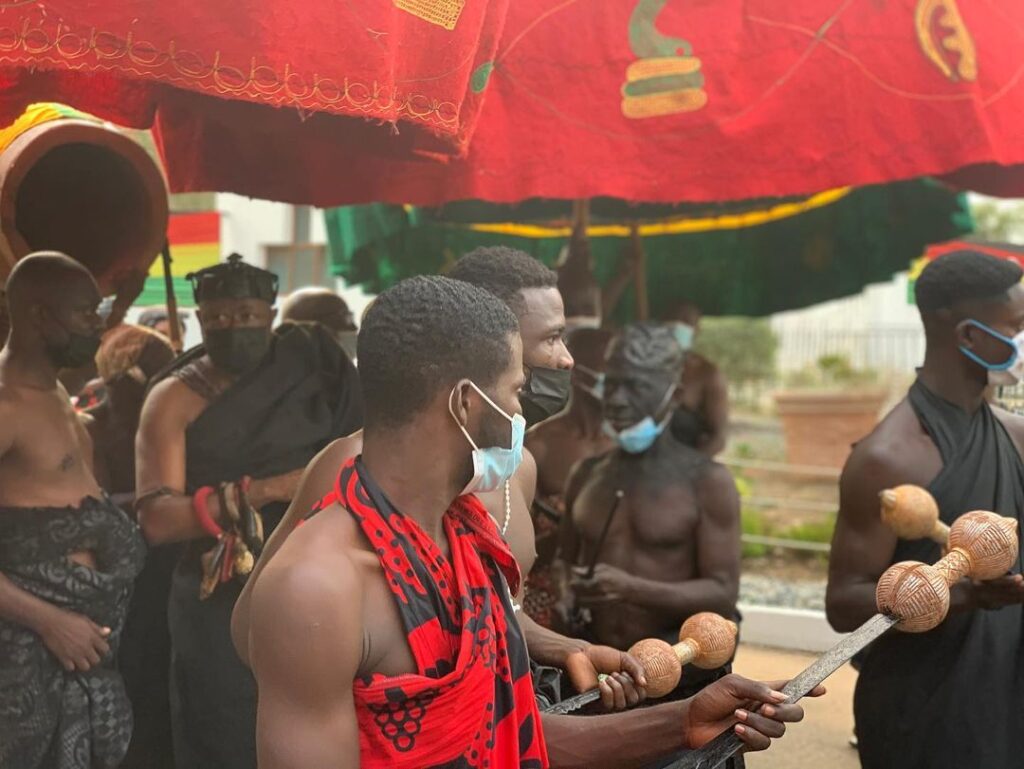 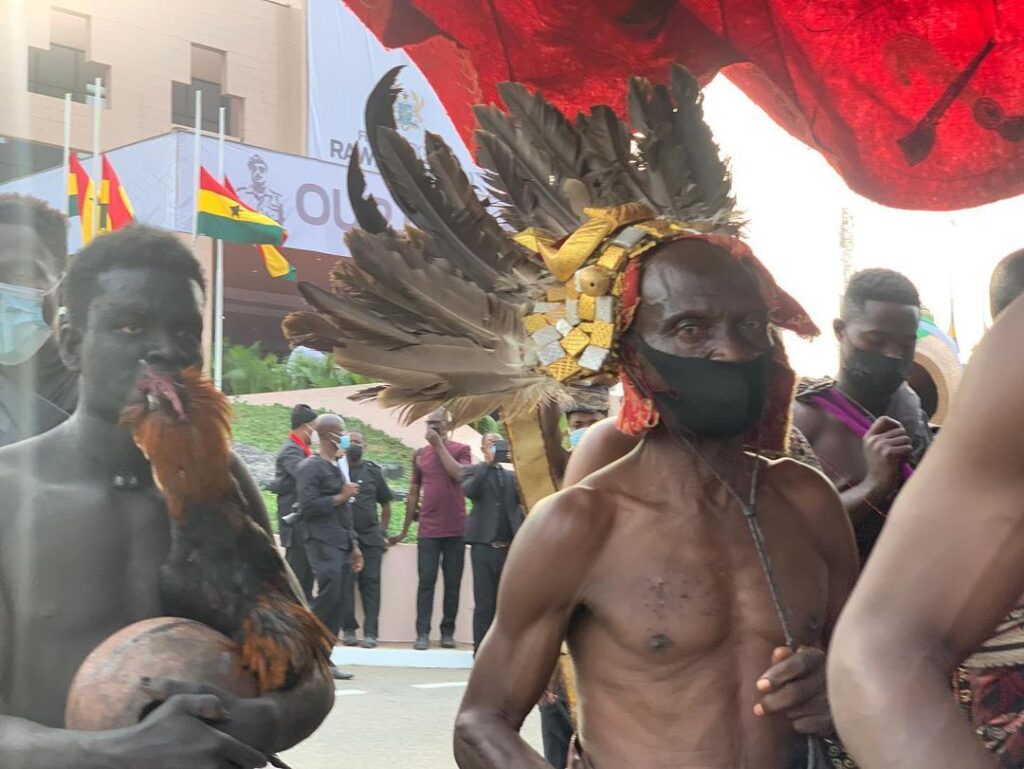 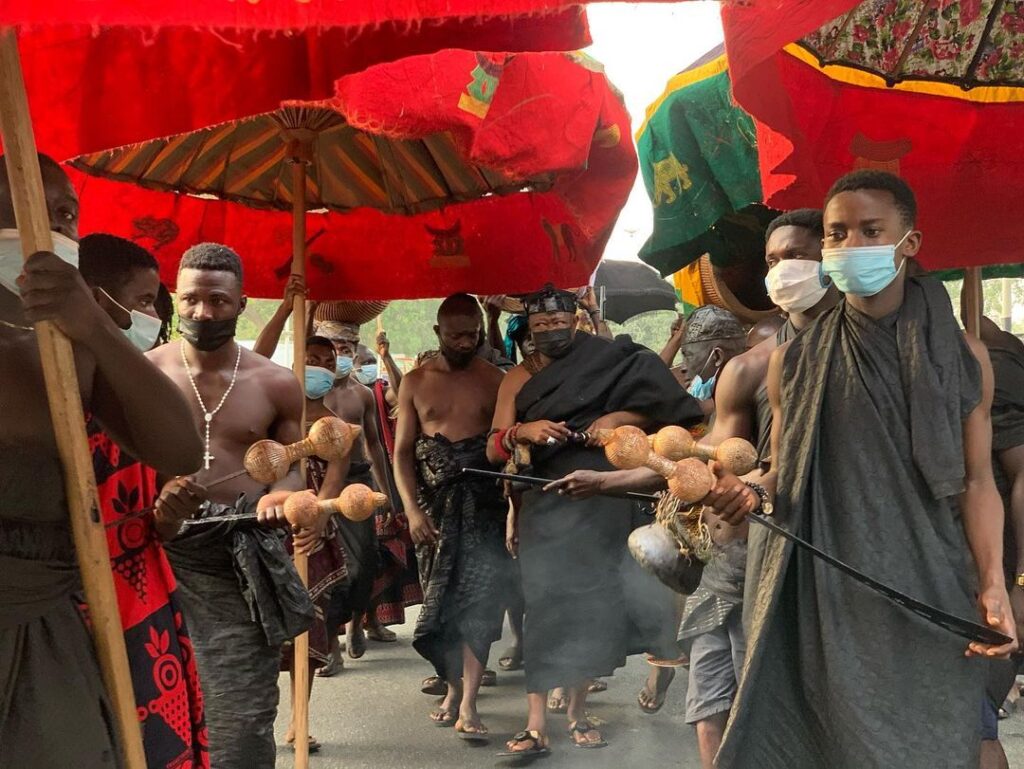 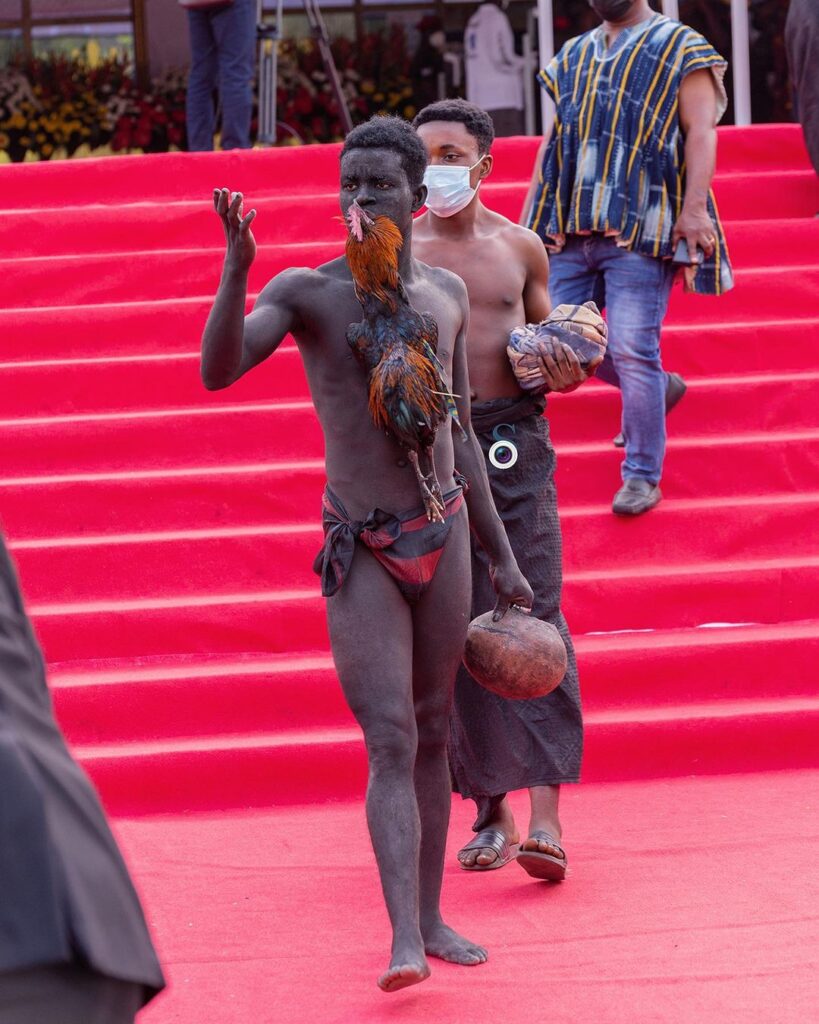 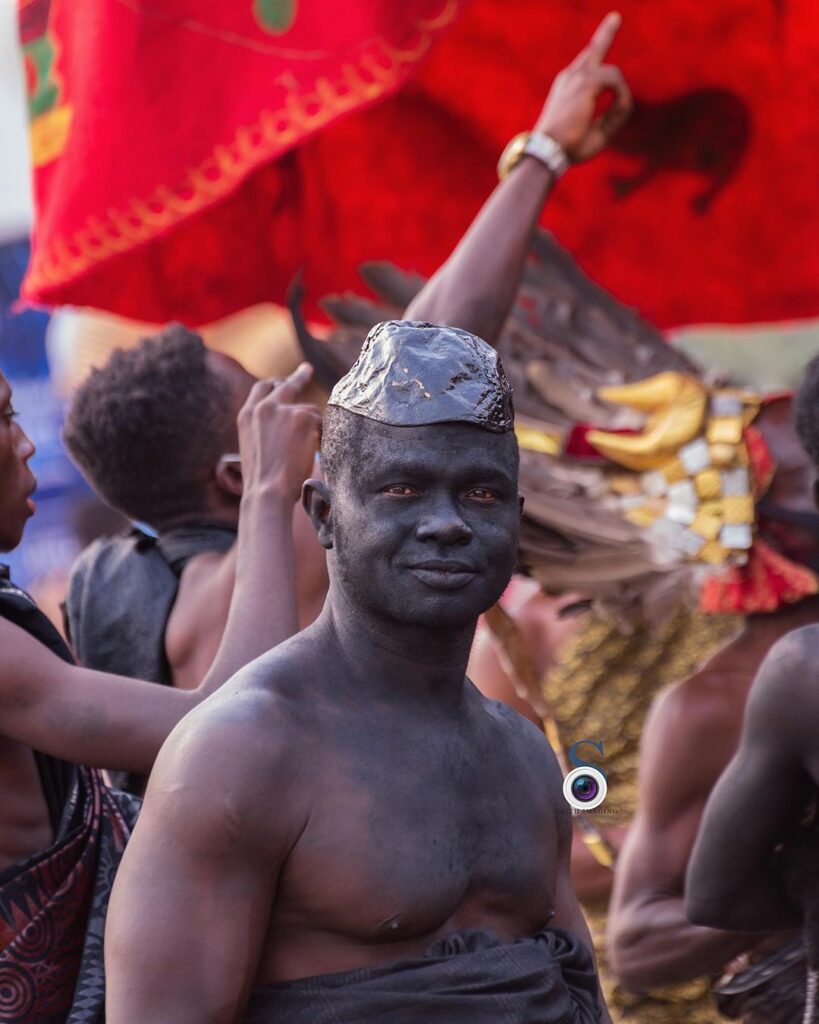 High Court Judge Saga: For The First Time On His Knees, Hard-Core Kennedy Agyapong Begs For Forgiven...
'The Next Parliament will not approve more than 70 appointees' – Haruna Iddrisu
NPP Promises Airport And Harbour In Cape-Coast In The Next Government
READ  Volta got its fair share of the national cake – Regional Minister