While there have been alarming upsurge in the manner at which the coronavirus is dominating the shores of Ghana, particularly from the seat of parliament, some members of parliament have disregarded the covid-19 protocols announced by President Nana Addo Dankwa Akufo Addo, by dancing their hearts out during an orientation at Aqua Safari in Ada.

The workshop was organized by Parliament for new lawmakers and aimed at equipping them with the requisite skills to enable them to effectively navigate their way in Parliament.

It appeared that the 3 day orientation and induction workshop was turned into a boogie jam at Aqua Safari at Ada.

Unfortunately , the very people who are supposed to lead by example in observing the covid protocols to the latter , are the ones who by various reasons disobeying the directives, hence are getting affected by the the virus .

on February 3, 2021, the Second Deputy Speaker of Parliament, Joseph Osei-Owusu, revealed on the floor of parliament that, some 15 MPs and 56 Staff workers of Parliament have tested positive for covid-19 and regardless going to the chamber.

He said, “the Speaker wishes to inform that if those members do not withdraw and isolate, he will be forced to publish the names of members who have tested positive in order to warn the rest of us.”

“Please, let us take this protocol seriously and let us all members who have been informed of their test results, that they have tested positive to withdraw from the precincts of Parliament, not just the Chamber.”

“Stay home and self-isolate to go through the protocol and recover before you return to the House,” he stated.

Sadly, the pictures below shows that, the assertion by the general public that, the virus is widely spread among those in government might be true.

Some of the MPs, from both divide were spotted in pictures on the official Facebook page of Parliament, were seen dancing their hearts out like no man’s business in Ada. 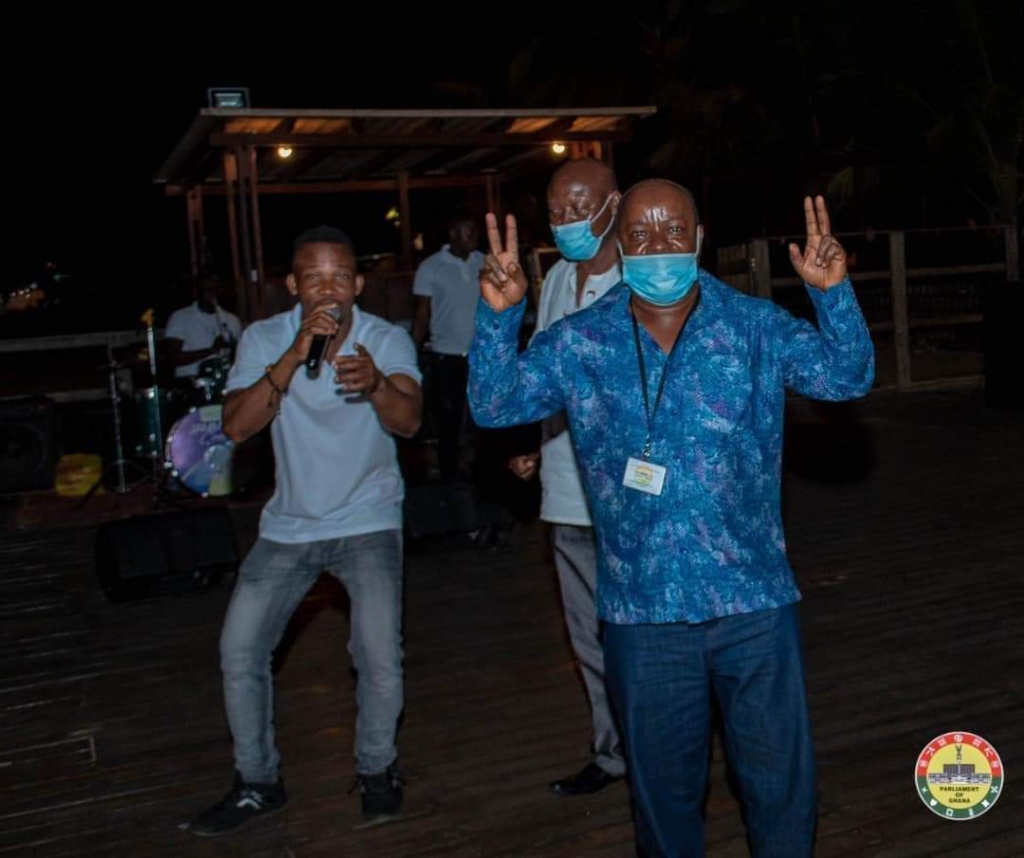 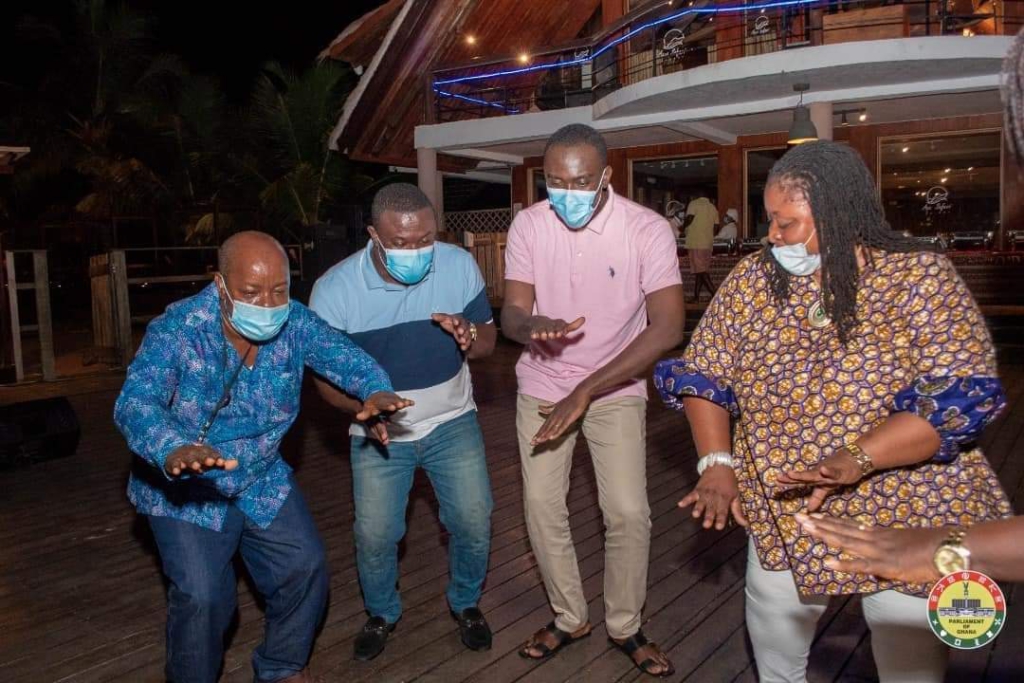 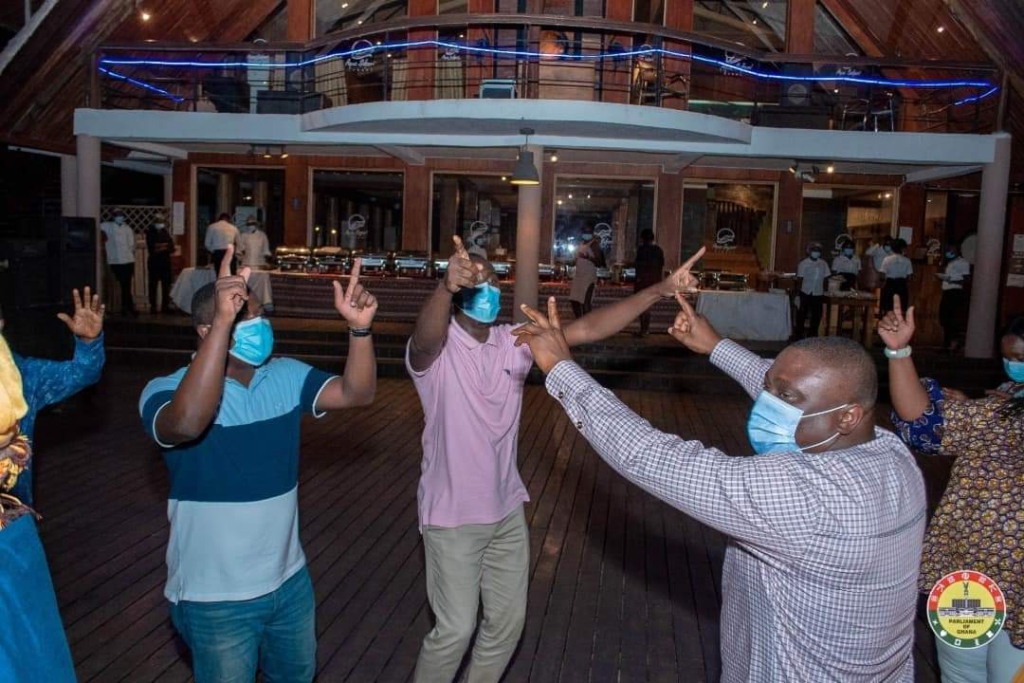 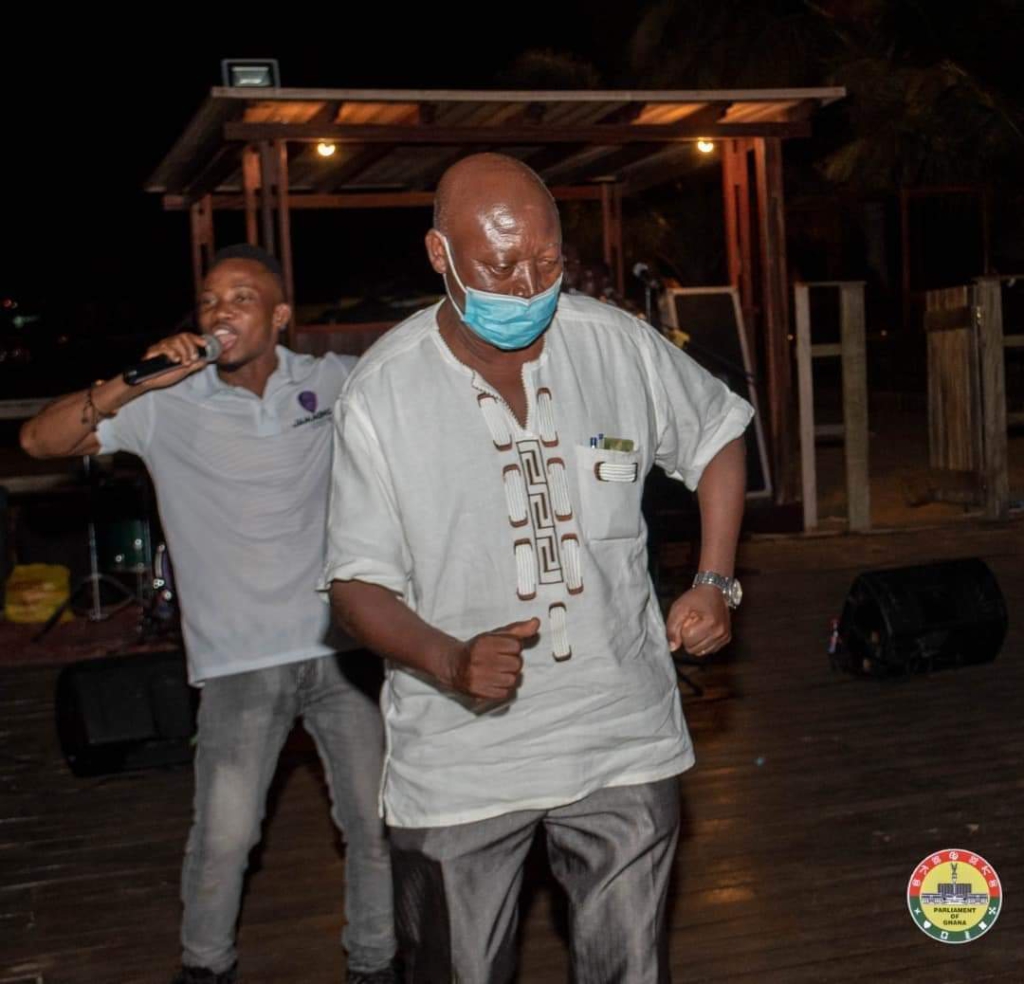 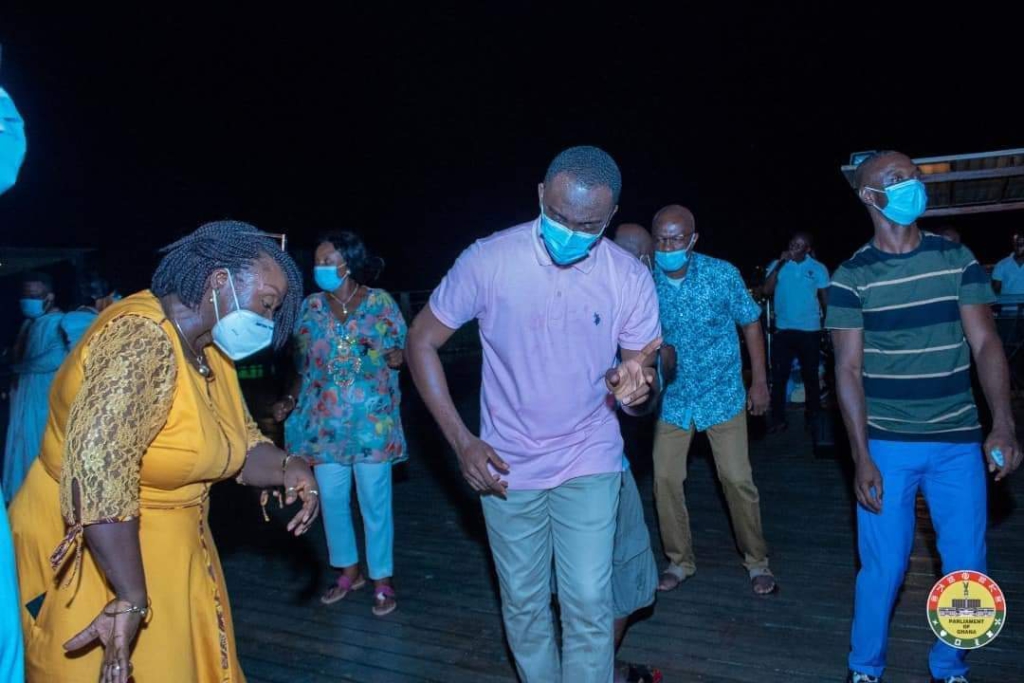 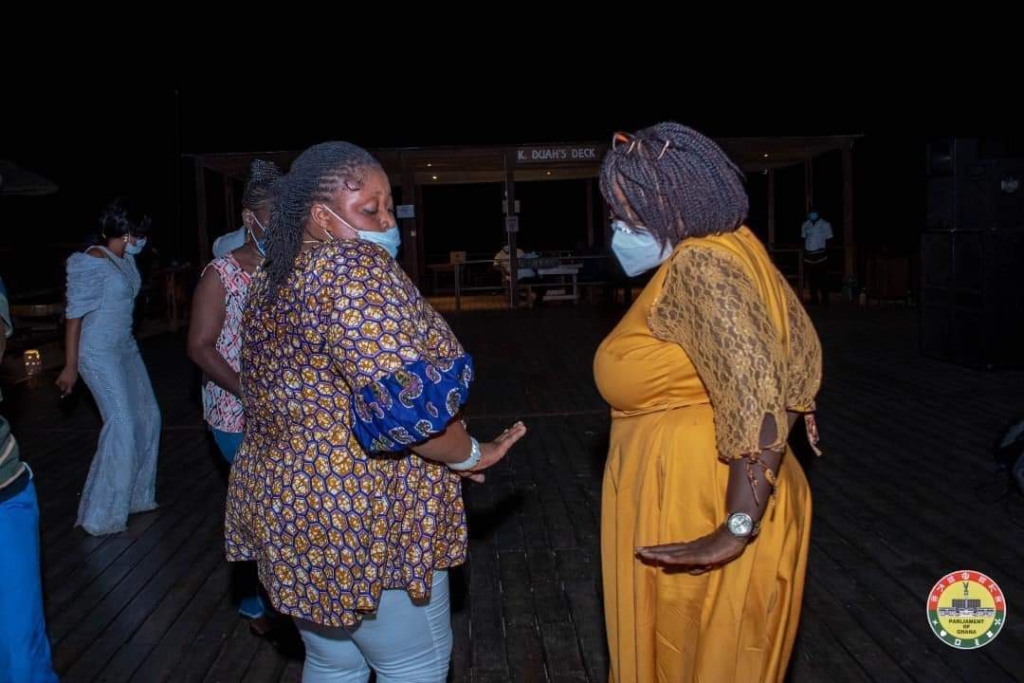 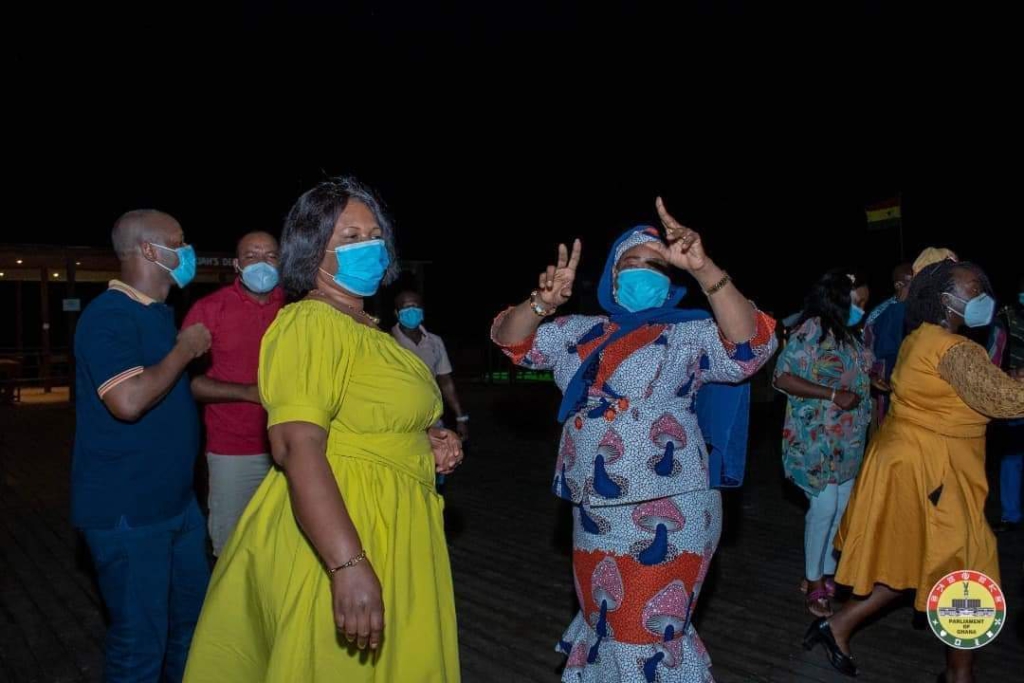 2020 Elections : Mahama Instructs All Party Executives To Stop Campaigning
Election Of Speaker : After Pushing Collins Dauda Onto The Floor, Here Is How Ursula Owusu Ended Up ...
Speaker Of Parliament : Subin MP Allegedly The Cause Of NPP's Defeat In Parliament (Watch Video)